Play Ball! Those words won't ring out across Major League ballparks for quite a few more months but it is time for general managers to step up to the plate and play ball with impending free agents. Yes, now that the confetti has all been swept from the San Fran Giants victory parade, it's hot stove season.

Your Pittsburgh Pirates have some important decisions to make this offseason, beginning as soon as today. Today is the last day teams can make qualifying offers to free-agents-to-be. Word is that the Pirates are expected to make that $15.3 million, 1 year offer to C Russell Martin. Still no official word that it has been made, though. If they fail to do so with their backstop of the past two seasons, they may also consider doing so with LH Francisco Liriano and/or RH Edinson Volquez.

Don't forget, too, that the Pirates will have to dole out raises to some arbitration-eligible players, chief among them, 2B Neil Walker, 3B Josh Harrison, OF Travis Snider, and Ps Mark Melancon, Jared Hughes, Tony Watson and Vance Worley. The jury is still out on the 1B platoon of Gaby Sanchez and Ike Davis. There's also still the mess that is Pedro Alvarez. C Chris Stewart would surely be offered arbitration, especially if the Pirates whiff on the Martin QO.

Bob Nutting needs to loosen the purse strings this season and go all in. That includes paying Martin. The bottom-dollar Bucs will never get over the hump that is the St Louie Cardinals in the NL Central if they keep pinching pennies. Also, the NL Central is stacked with quality catching. St Louie has perennial MVP candidate Yadier Molina, Cincy and Milwaukee both had All-Star backstops in 2014 with Devin Mesoraco and Jonathan Lucroy and the Scrubs have a good up-and-comer in Wellington Castillo.

Also, look at the resurgences the aforementioned Liriano, Volquez and Worley have all enjoyed during their time in Pittsburgh. True, a lot of that success is attributed to the tutelage of pitching coach Ray Searage and special assistant Jim Benedict. But some of that success also has to go to Martin's phenomenal game-calling and pitch-framing. It also doesn't hurt a pitcher to have a catcher with a cannon for an arm behind the plate. And you can't throw out (yes, I'm being punny) Martin's offensive production of the last 2 years, especially with runners on base.

The Pirates also can't be afraid to take chances. Look at the KC Royals success. They weren't afraid to trade future Rookie of the Year Wil Myers to get P James Shields to upgrade their rotation. Pirates GM Neal Huntington is always afraid he will mortgage away the future. Not if you make solid baseball decisions, Neal. Sometimes you have to spend money to make money. Bob Nutting, are you paying (punny again, I know) attention?

Maybe the Pirates need to think outside of the (batter's) box for a change. Now is the time. Go all in or go home, Nutting. Let's Go Bucs!!!!! 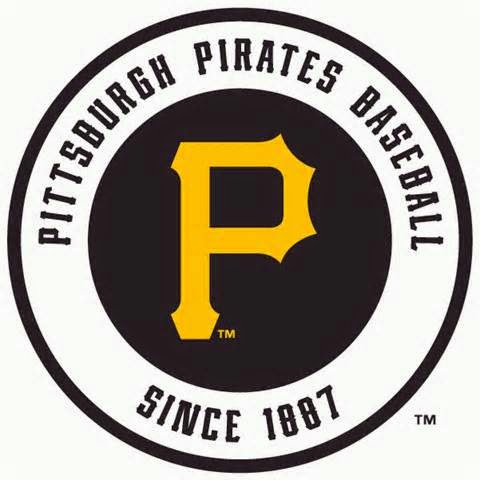