When Johnny Winter passed away while on tour back on July 16, he was awaiting the release of his latest offering, "Step Back" on Megaforce Records. Unfortunately, Johnny did not live to see the album hit the streets and debut at #1 on Billboard's Blues Charts. Johnny's final album is mostly a collection of blues classics with some upper-class musicians joining the fray.

The opening number, "Unchain My Heart", is a familiar song that's been around for ages. Johnny's version has some brass in the form of the Blues Brothers Horns. Johnny's guitar and vocals blend perfectly with the horns and the backing singers to unchain the blues right off the bat. Ben Harper pitches in on "Can't Hold Out(Talk To Me Baby)". Johnny and Ben trade vocals as well as leads. Johnny lets fly with some awesome slide work. "Don't Want No Woman" has Johnny matching licks with Eric Clapton, a dream matchup come true. This track is one of Mrs. Black-N-Gold's favorites. Next up is Howlin' Wolf's "Killing Floor". Love the beat on this tune. Johnny and Paul Nelson, also the album's producer, tear up the fretboards on this one. Frank "KingBee" Latore provides some killer harp work on this. Next, Johnny breaths new life into an old favorite, "Who Do You Love". He and Nelson continue to out duel each other in this number. Johnny will get your foot stomping on the instrumental track, "Okie Dokie Stomp" with former Stray Cat Brian Setzer stomping right along. Billy Gibbons of ZZ Top lends a guitar hand to "Where Can You Be". It has a decidedly ZZ-type feel.

Things slow down and get down and dirty with Joe Bomanassa on "Sweet Sixteen". It makes you want to do a slow grind out on the dance floor. The Blues Brothers Horns are back to lend a hand on this one. It's just Johnny and his steel guitar on Son House's "Death Letter". Classic Winter. Johnny and Jason Ricci on harp blow some life into "My Babe". Johnny proves that he still knows how to rock & roll with the Little Richard hit, "Long Tall Sally" featuring excellent guitar work by both Johnny and Leslie West. When Johnny sings "gonna have some fun tonight" you're having fun right along with him. "Mojo Hand" has Aeorsmith's Joe Perry playing alongside Johnny. Enjoy the ride as they take you to Louisana in search of the ever-elusive "mojo hand". The final track has Dr. John tickling the ivories to "Blue Monday". The Blues Brothers Horns are back for one last hurrah.

It makes me blue that this album is over and that Johnny Winter isn't around to enjoy the fruits of his labor. "Step Back" sounds like it definitely was a labor of love for Johnny and it's certainly a fitting tribute to a man who wore the blues on his sleeve the way that Johnny Winter did. Until next time, boys and girls. Keep It Bluesy! 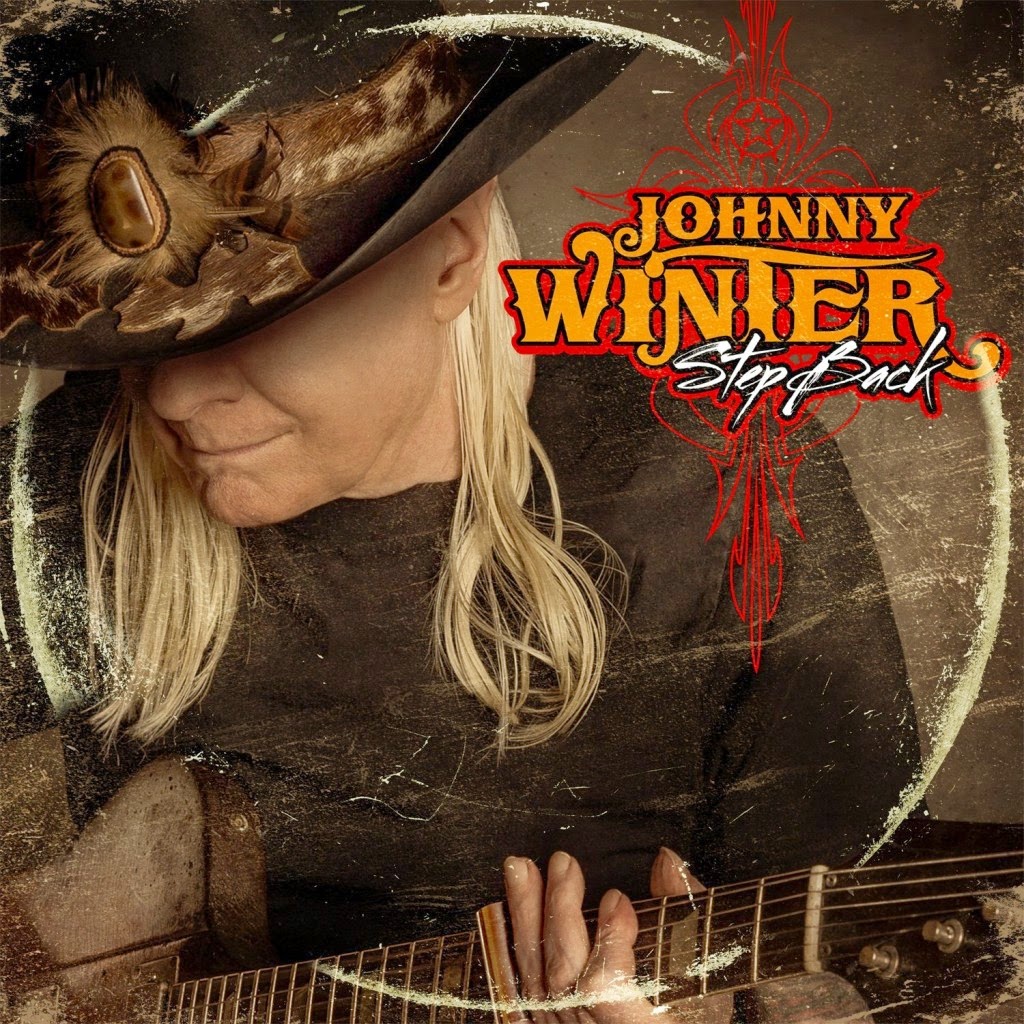