We're from the town with the great football team! Our Pittsburgh Steelers look to stay in the win column this afternoon when they face the New York Jets at Heinz Field. These are your keys for today's game. 1)The Jets have the 27th ranked pass defense in the league, allowing 8 touchdowns with just 2 interceptions. Sounds like QB Ben Roethlisberger and the boys can tee off on Gang Green. Score early, score often, score BIG! 2)Jets QB Ryan Fitzpatrick has thrown 10 interceptions and has been sacked 6 times. Force Fitzpatrick into making mistakes by getting in his face. Hit him early, hit him often, hit him HARD! 3)Now, just because the Jets are 1-3 is no reason to take them lightly. Any team can win on any given Sunday. Don't sleep on these guys. Don't look ahead to New England in a few weeks. Take it one game at a time. Ground the Jets! Let's Go Steelers!!!!!! 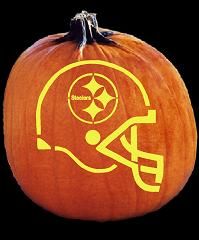