What's the news across Black-N-Gold Nation? Mrs. Black-N-Gold has the information. She's got everything that's news for our favorite Black-N-Gold teams, the Steelers, Penguins and Pirates.

Our Steelers received good news and bad news this week. First, Steeler DL Stephon Tuitt was named AFC Defensive Player of the Week for his performance versus Cleveland. Congrats; do it Tuitt! Now the bad news as another player was suspended for violating the NFL's substance abuse policy. RB Karlos Williams received a ban of 10 games.

Our Favorite Black-N-Gold Football Team celebrated Thanksgiving with a win in Indy last Thursday night. They carved up the Colts by a score of 28-7. They remained in a tie for 1st in the AFC North when the Baltimorons won their game against the Bungles on Sunday.

This week, the Steelers return to Heinz Field to battle the New York Giants. That's a 4:25pm kickoff versus the -3 Giants. You gotta want it to win it. Let's Go Steelers!!!!!!

Our Penguins sent D Derrick Pouliot to Wilkes-Barre/Scranton on a conditioning assignment last week. That move should help him get back into game shape if/when he's needed.

Our Favorite Black-N-Gold Hockey Team exacted some revenge on the NY Rangers. They routed the Rangers 6-1. Unfortunately, they fell right back into the loss column the day after Thanksgiving when they traveled to Minnesota. They were whipped by the Wild 6-2. But in an up-and-down week for the Pens, they got back in the win column on Saturday night. They edged the New Jersey Devils 4-3 in a shootout.

Pouliot was recalled from his conditioning assignment at WB/S on Monday.

After a 3-day layoff the Pens returned to the ice Wednesday night. The break did not do them any favors. They fell to the Isles 5-3.

The Pens returned home last night and returned to the win column. They spanked the Stars 6-2 to start a 3-game homestand. Can they remain in the win column? We'll find out when they faceoff against the Red Wings tomorrow night. Let's Go Pens!!!!

Mrs. Black-N-Gold was going to say that the hot stove hasn't even gotten lukewarm for our Pirates yet. Boy was she wrong. They did lose 2 key members of last season's team. It was announced on Thanksgiving that former utilityman Sean Rodriguez signed a 2-year deal with Atlanta. It looks like he went from Sean Rod to Sean Gone. The Gatorade coolers of Pittsburgh can all breath a sigh of relief. So long, SRod. And Pirates fans don't have reason to re-Joyce. OF Matt Joyce has agreed to a 2 year contract with Oakland Best of luck to you, so long as your business doesn't conflict with our Favorite Black-N-Gold Baseball Team.

The Bucs also cut ties with another player. The Pirates said so long to LH Jeff Locke when they designated him for assignment. They also signed former Dodgers minor league RH Lisalverto Bonilla. They signed 2 pitchers to minor league contracts, as well. RH Jason Stoffel and LH Dan Runzler are also invited to spring training under their new deals.

Now that the new CBA is done, things are expected to heat up for Pirates GM Neal Huntington and the Buccos as the winter meetings commence on Monday in Washington, DC. Several players are said to be on the trading block including CF Andrew McCutchen, 2B Josh Harrison, LH Tony Watson & 1B John Jaso. According to reports, no one is safe as ownership continues to cut payroll. Got to have that "financial flexibility", ya know. The Bucs are said to be burning up the phones of MLB GMs everyone in an attempt to unload Cutch and his salary.  Mrs. Black-N-Gold will continue to cover the bases if anything develops. Hopefully the Pirates don't abandon ship completely.

Meanwhile, in Pirates legal news, 3B Jung Ho Kang has found himself on the wrong arm of the law again. He was recently busted in his native South Korea for DUI and leaving the scene of an accident. You may recall that Kang was also accused of sexual assault in Chicago back in June. That situation remains unresolved as the accuser is either uncooperative or missing, depending on the report that you read. Either way, if/when Kang's legal problems are settled, he'll still have to answer to MLB's commissioner for his allegations, too.

Again, as news develops for the Buccos, Mrs. Black-N-Gold will be sure to give you the play-by-play. Let's Go Bucs!!!!! 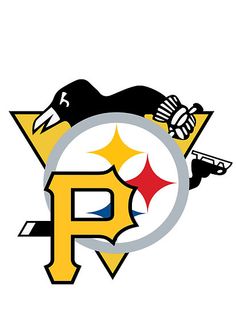